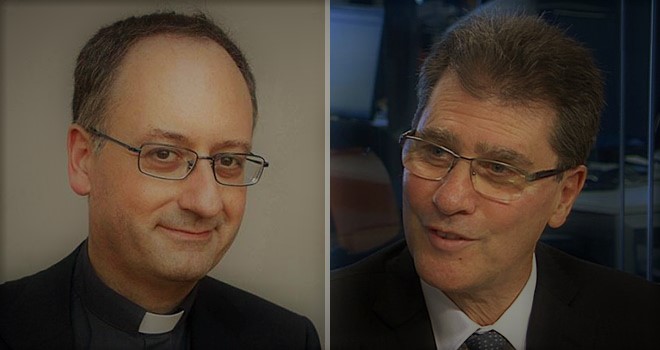 Jesuit Antonio Spadaro and Protestant Marcelo Figueroa recently published what can only be described as a diatribe against my friends and me. It was highly personal because it was directed right at a coalition of believers who have banded together to advance what a previous pope referred to as a Culture of Life. The column specifically condemned the Council on National Policy, of which I am a member, and Steve Bannon, who is a friend of mine.

Many far smarter than I have pointed out the profound shortcomings of their essay. I am not aware that anyone has answered from the inside of this coalition that so offends them.

What we have seen over the past quarter century is something we have not seen since the great rupture of Christendom, the great splitting of Christian faithful during the Protestant Reformation. If God could feel pain, the pain of that split might be the greatest of all, for he wants all of his children to be one.

And what we have seen over the past quarter century is the great coming together of God’s Christian children. Catholics, Protestants, Evangelicals, and Mormons are putting aside our theological and ecclesiological differences in ways that we have never seen. We are putting aside our differences and banding together to fight back against what can only be described as the new state religion, the new state god. We are working together to protect the unborn child, to protect marriage and family and indeed to protect the right each of us has to practice our faith in our own way.

In my own pro-life and pro-family work at the UN, I work extremely closely with Evangelicals and other faiths, too, because we see a greater danger to ourselves than we see coming from each other. We see a war against God’s creation and all God’s children must work together to protect his creation.

What we all have in common, I will point out, is that we are all strong believers. I find that I have more in common with a hard-nosed Calvinist than I do with a dissenting Catholic. I am proud to work with those who believe I am not only theologically wrong but damnably wrong and I would have it no other way. I can count on a strong believer, even one who believes differently than I do.

Make no mistake that God wants abortion to end. He wants the slaughter of the innocents to end. He wants marriage restored in the way He made it. He wants us all to be able to discover him and proclaim him free from the interference and coercion by the state. But what God wants even more than all these things is for his children to be one and eventually to be with him in Heaven.

This is not a call to indifferentism. It does not say that all roads to God are the same, not at all. I am a faithful Catholic and believe the Church is not just the One True Church but really the only Church. I am not afraid to say that to my brothers from other faiths in this fight. In fact, I once told a room full of senior Muslim diplomats that God wants all of them to become Catholic. They sat there and grinned ear to ear. So, my call is not for indifferentism. It is a call in the present fight to put aside our arguments about religion and fight together against a common foe who is coming for us all.

If we do this right, we know the following will happen. We will grow closer. We will become friends. Understanding and sympathy will grow. Love will appear like those little flowers in the front yard when spring first arrives.

This is the true ecumenism: people of strong faith working on common projects and letting love grow. And I might add, this is an approach that is leading to unprecedented conversions to the Catholic Church, which I will point out again is the only religious institution in the world that has never wavered, not once, in defense of the unborn child and the natural family. This becomes evident to all we work with and is a remarkable attraction to those seeking the ultimate truth.

What we see in this grand alliance of Catholic and Evangelical is something quite interesting. We see Evangelicals coming to understand our natural law philosophy. No longer do Evangelicals rely exclusively on scripture to make their case. They are becoming conversant and articulate in the unique Catholic way of philosophy and public argumentation.

At the same time, Evangelicals are teaching us how to be, well, more Evangelical in the expression of our faith. We are more courageous in expressing our faith in overtly religious terms. We are more courageous in citing scripture, and in publicly proclaiming our faith. One of the great blessings of this land is that we have remained as religious as we are. We look at Europe and see a largely dying faith. Here there is robust faith. We as Catholics owe a debt of gratitude to our Evangelical brothers and sisters for proclaiming the faith bravely in the public square, on television and even on the street corner. It has kept the faith on the boil in this land and may be the thing that saves us in the end.

Antonio Spadaro and Marcelo Figueroa very clearly do not know any of this. They do not know anything of this sheepfold except what they have read in the leftwing press. I have communicated with Figueroa on twitter and invited him to come and see. Inexplicably Spadaro blocked me on twitter months ago.

Come into this sheepfold, gentlemen. Come and see what we are really like and not the cartoon you regrettably published a few days ago. I can get you into the Council on National Policy and maybe a beer with Bannon. Your views may be confirmed. They may be challenged. But at least you would know. Come Antonio, come Marcelo, come and see. Come and let love grow.

Austin Ruse is president of C-FAM (Center for Family & Human Rights), a New York and Washington DC-based research institute. He is the author of Fake Science: Exposing the Left’s Skewed Statistics, Fuzzy Facts, and Dodgy Data published by Regnery. He is also the author of the new book Little Suffering Souls: Children Whose Short Lives Point Us to Christ published by Tan Books. The views expressed here are solely his own.