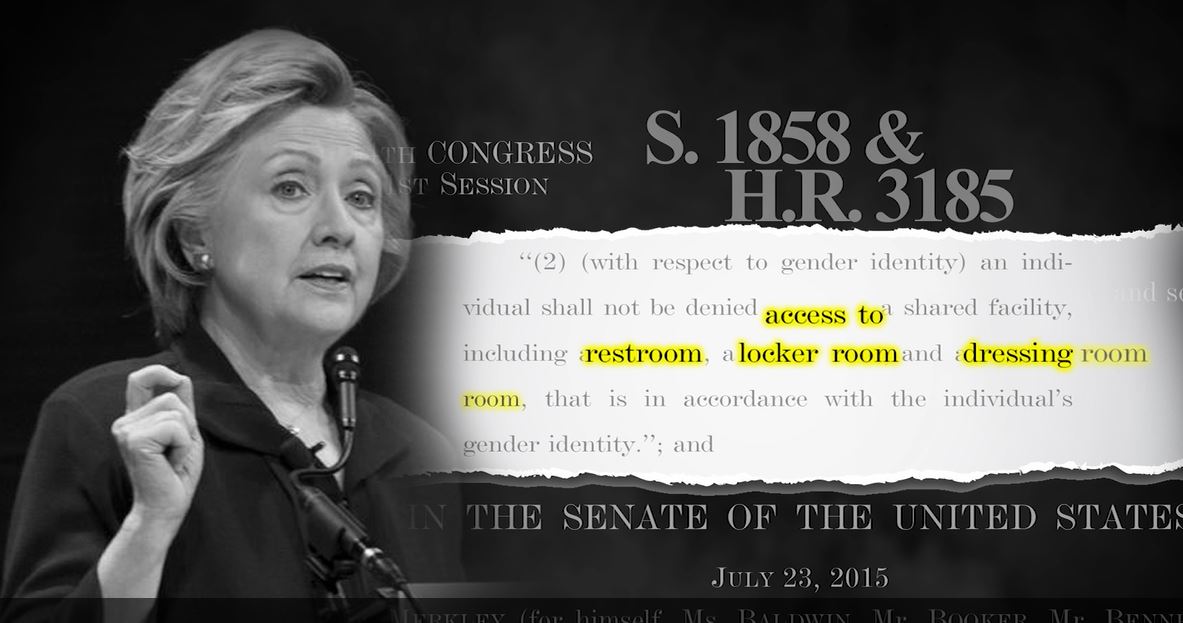 So much for Hillary Clinton’s running mate Tim Kaine claiming to be a ‘Pope Francis Catholic’ as both of them attack everyone’s safety and religious freedom.  That claim just went up in flames as Pope Francis made the following statements regarding transgenderism or gender ideology on August 2, 2016:

“… the exploitation of persons.”

“We are experiencing a moment of the annihilation of man as the image of God.”

“I will call it clearly by its name – is [the ideology of] “gender”. Today children – children! – are taught in school that everyone can choose his or her sex. Why are they teaching this? Because the books are provided by the persons and institutions that give you money. These forms of ideological colonization are also supported by influential countries. And this terrible!”

“This ideology leads to educational programmes and legislative enactments that promote a personal identity and emotional intimacy radically separated from the biological difference between male and female.”

Both Clinton and Kaine are responsible for helping to push “gender ideology” on children, as Pope Francis calls it and are directly responsible for advocating for and co-sponsoring “legislative enactments” to allow those with gender dysphoria to use the bathroom of their choice at the expense of everyone’s safety.

Here’s the proof of Hillary Clinton’s and Tim Kaine’s advocacy and co-sponsoring of a “legislative enactment” that legalizes access to men in women’s bathrooms/restrooms, locker rooms and dressing rooms (and vice versa) based on gender identity, titled the “Equality Act”: 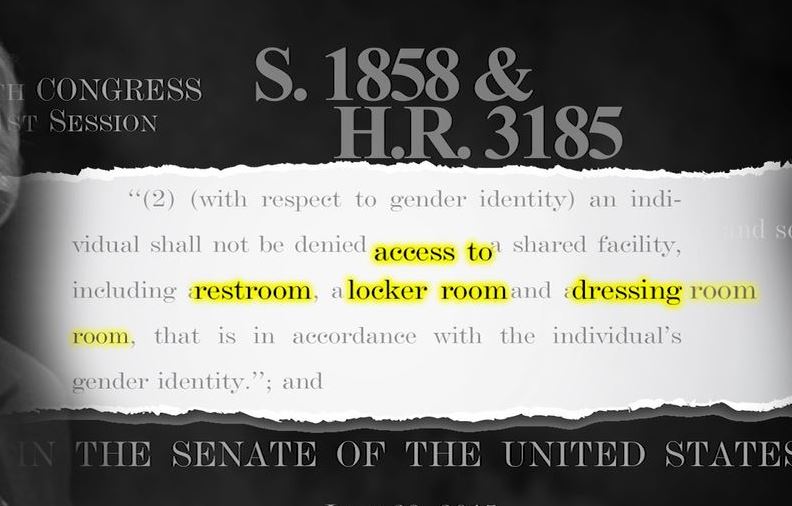 How will the so-called “Equality Act” harm men, women and children and religious freedom?

How can you fight back against the anti-Catholic advocacy and work of Hillary Clinton and Tim Kaine and the so-called “Equality Act?”

Pope Francis is correct to condemn this ideology and its forcing on society.  We are already prepared and in motion to defend society from its advance but, need your help.