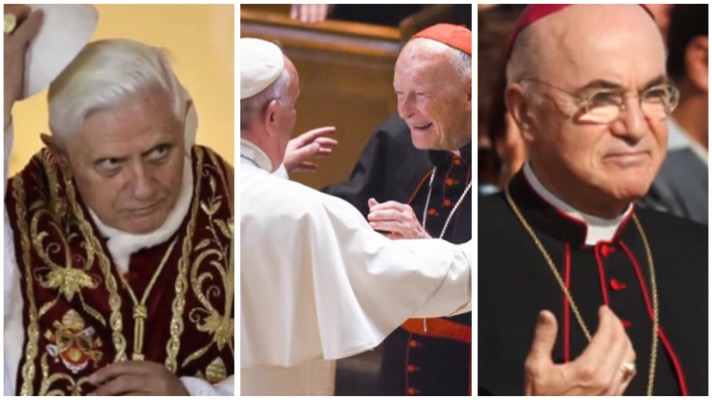 The following explanation of the video below is taken from Dr. Taylor Marshall’s YouTube channel:

“Dr. Marshall explains the reasons why Pope Benedict XVI resigned in 2013 by showing a four stage scandal beginning with Archbishop Vigano blowing the whistle on the Vatican Bank in 2009-2010 and how it escalated into Benedict’s resignation in 2013. It also explains the election of Pope Francis and frames the recent testimony of Vigano against Pope Francis on August 26 2018.”

Watch the video “Why did Pope Benedict Resign? McCarrick, Vigano and Vatican Bank Scandals Explained in Detail” below: 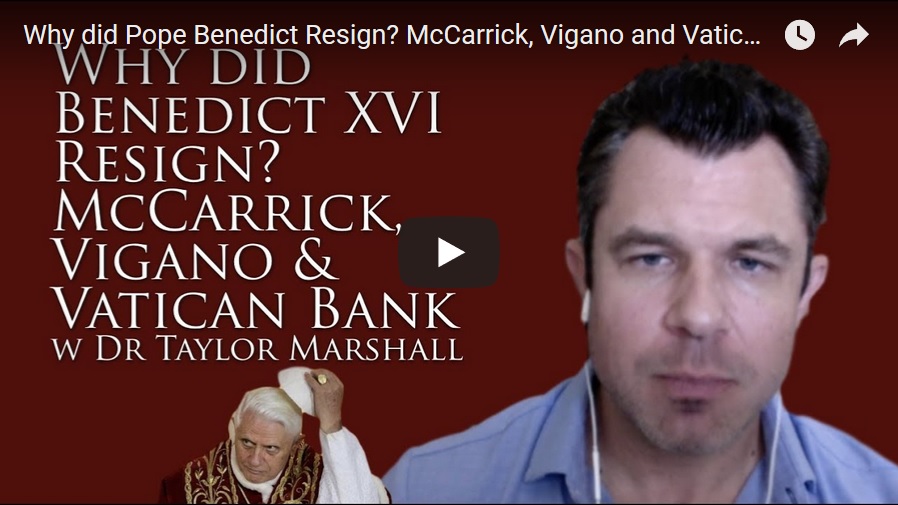 Be sure to read the following stories.  Both include Archbishop Vigano’s letter calling for Pope Francis to resign: 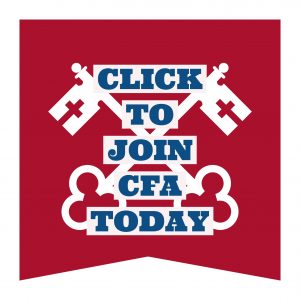