Joseph Nicolosi: The Man Who Would Heal All the Wounded Boys 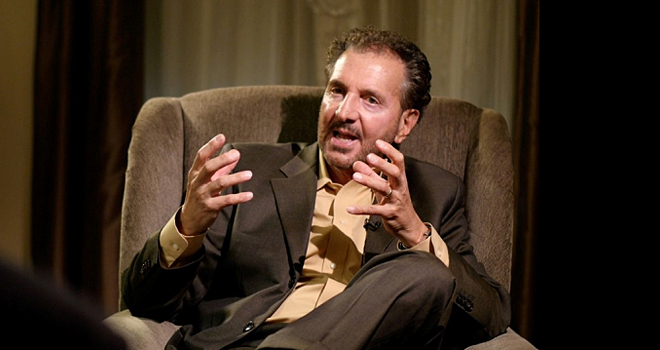 The success of a man may be measured in this life by the love of his friends and even by the hatred of his enemies. By this measure, Dr. Joseph Nicolosi was a very successful man when he passed utterly unexpectedly a few weeks ago from complications of the flu.

His enemies danced on his grave. More than simply dance, they put their hands in the air like rappers or Lev Tevya in Fiddler on the Roof. It’s been a celebration of his death.

Sam Ames, of the National Center for Lesbian Rights, who seems to be trying to pass herself off as a boy wrote, “For my part, I’m having trouble seeing past the sadness. Joseph Nicolosi died the way he lived: in pain. It’s a pain many of us know all too well. He managed to turn his into a multi-million-dollar industry of self-hatred, from which the casualties are too many to count.”

A blog called Towle Road said, “It’s unclear how many people Joseph Nicolosi harmed over the course of his life.”

Wayne Besen, considered one of the more balanced gay spokesmen, said Nicolosi was an “ideologue and propagandist who trafficked in hate and harm…. I doubt he’s in a better place. I do know the earth is a better place without this noxious con artist who peddled in phony cures for homosexuality.”

The vicious and gleeful attacks on the ghost of Nicolosi go on and on and on.

The belief of the sexual left is that anyone who does not want same-sex attraction or does not want any longer to participate in sodomitical sexual practices has internalized “homophobia.” He is a self-hater, a self-hate caught like an infection from the gay-hatred awash in the wider society. Any proper therapy and therapist would help him do away with this internalized homophobia, to get fine with kissing other men and with the sodomy that inevitably comes with it. They are especially incensed that a young man under the age of majority would consider that sodomy is not what he wants from his life.

Nicolosi never argued that anyone could change against their will. No one could be forced to change. Only someone highly motivated to change could ever possibly change. Even then, Nicolosi said no more than 30 percent could completely change. Another 30 percent would still feel the pull but would be able to resist. The rest would not change at all.

Big Gay gained an upper hand in this debate when homosexuality was taken out of the diagnostic manual of the psychiatric and psychological guild. If there’s nothing wrong with it, then who are you to try and help someone who doesn’t want it?

But Nicolosi and other professionals like him kept going, under great pressure, working one on one with countless men who no longer wanted to live that lifestyle.

Sciambra sent me his remembrances of how Nicolosi helped him.

Nicolosi came to Sciambra’s attention when Nicolosi’s book “A Parent’s Guide to Preventing Homosexuality” came out in 2002. He said, “reparative therapy” was not on his mind at the time since he was “primarily fixated on remaining chaste since embracing my new-found belief in Our Lord and Savior Jesus Christ.” Sciambra, however, felt “cold and dead” thinking of all the other faceless and nameless young men he had been with, many of whom died horrible deaths due to AIDS. 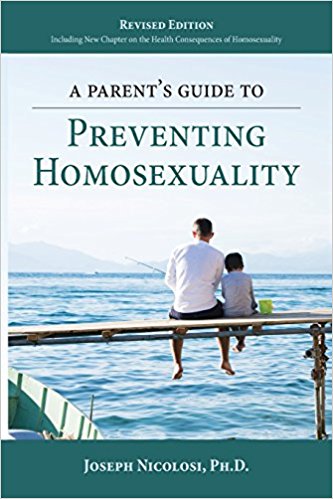 Even though Sciambra believed he was “born gay,” his “broken and battered body” told him that homosexuality was not something God wanted for him, nothing that God even intended for him or for anyone else. The apostolate Courage was good for him but also became dangerous since it led once to a “particular friendship” ending in bed. This is why Sciambra is also a critic of the New Homophile/Spiritual Friendship group because he knows where supposedly chaste but nonetheless passionate friendships can lead.

He came to know that this would continue unless and until he faced the underlying causes of this same-sex attraction that plagued him. He remembered the Nicolosi book. Remarkably, every page spoke to him. In those pages, he saw his childhood “over and over again,” he says.

Sciambra called Nicolosi. What was supposed to be 15 minutes turned into an hour, and there were more hours to come and Nicolosi didn’t charge for any of them. The heart of Sciambra’s problem and the heart of Nicolosi’s therapy were about the hidden pain that Sciambra and other gay men carry around with them. Sciambra described it this way, ”I couldn’t escape the feeling that every man in my life had rejected me when I was a child. And it was that still frightened and friendless boy who needed help; except he never got it. Instead, he was told he was gay.”

Sciambra said he was always the clumsy kid who wanted to be one of the boys and in homosexuality “I decisively found a group of men who accepted me.” Even so, no man and no amount of men could fill the void that still existed deep inside. What he found in Gay World was darkness, dysfunction, and loneliness.

When Sciambra sought professional help in Gay World “one psychiatrist after another” ascribed his continuing difficulties with “unresolved internalized homophobia.” Sciambra told them he was out and proud; he had no problem with “having sex in public, in front of other people.” Then they blamed his Catholic upbringing. Sciambra said every priest he had ever discussed it with had supported his homosexual orientation. Sciambra said, “They had no answer except that I was doing gay wrong.”

What Nicolosi proposed was something different and, according to Sciambra, “radical”; an exploration of Sciambra’s past. He says, “All homosexuality accomplished was in multiplying my ghosts.” With Nicolosi he revisited “the annoying sissy boy of my youth, the lonely child I learned to hate who I had dragged around from one boyfriend to one bathhouse after another.”

Sciambra says Nicolosi helped him not to be ashamed of that boy, helped to heal that boy’s wounds, and “finally to embrace that boy, and then to accept the boy was me.”

So potent and effective have been the efforts to help people resist unwanted same-sex attractions and behaviors, that stopping them has become not a cottage industry but a major industrial enterprise. Consider that if there was no call for such therapy, and if such therapy was truly unsuccessful, would Big Gay work so hard to shut it down? They are trying to ban it across the country and some of them have even gone to the UN.

So potent is the theory and practice that when the Jewish referral group JONAH was sued by former patients with a multi-million-dollar assist from the anti-Christian hate group Southern Poverty Law Center, the judge did not allow Nicolosi to testify. “The theory that homosexuality is a disorder is not novel but—like the notion that the Earth is flat and the sun revolves around it—instead is outdated and refuted,” Judge Peter Bariso wrote.

There is a video of British comic actor Stephen Fry interviewing Nicolosi in his office. It is largely respectful except for a moment when the fat, slovenly, homosexual Fry goads Nicolosi with the comment that given his slim, dapper looks, he very well could be gay. A clearly dishonest edit shows Nicolosi glowering, supposedly flummoxed, unable to answer.

Fry finishes by commenting that he couldn’t find a single patient Nicolosi had ever treated. But that is a lie, too. There are thousands and thousands of them. There are probably more ex-gays than active gays. Had he found one or a dozen, Fry wouldn’t have believed them anyway. He would have mocked them, or not believed them, or told them they were just “doing gay wrong.”

Had he looked, he could have found Joseph Sciambra who these days can be seen haunting gay pride parades wearing an electric smile, along with a T-shirt that says, “Jesus Loves Gay Men.” There are amazing pictures of Sciambra standing next to many flamboyant and outrageously dressed men, he and they grinning ear to ear. He loves them and wants to save them as he has been saved, and they know it. It is a lonely apostolate helping to bring other wounded boys like he was to walk out of the darkness and into healing and wholeness of authentic manhood.

Dr. Joseph Nicolosi made such a thing possible for Sciambra and thousands of others.