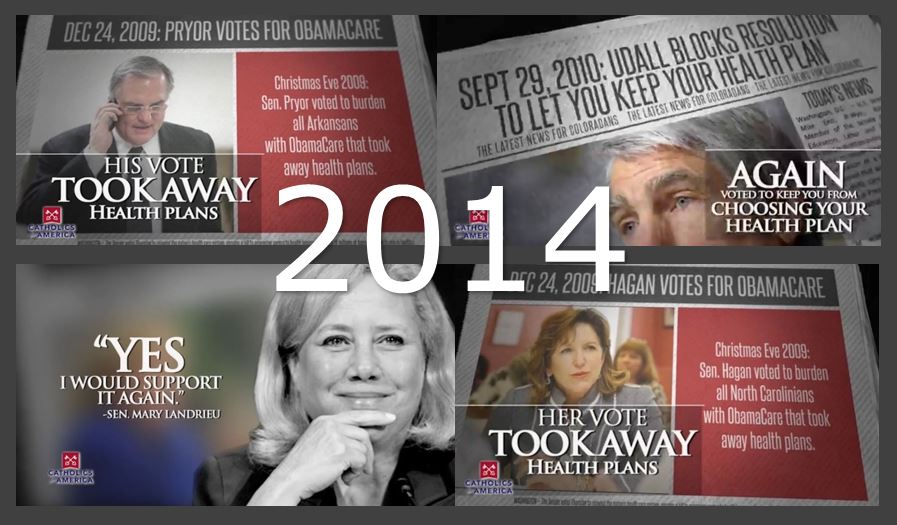 2014 was a significant political year in the U.S. and Catholics for America (CFA) along with its affiliated cause, Católicos por América worked to fulfill its mission in many ways.  One of those ways was by producing Catholic action video ads that asked people to call their U.S. Senator and ask him or her to change their position on ObamaCare.

Catholics for America and Católicos por América produced more political action web ads than any other Catholic action group, had more views of those ads and reached more people with those ads.  All accomplished with very little money.

We produced six ads (about Arkansas Senator Pryor, Colorado Senator Udall x 2, Louisiana Senator Landrieu and North Carolina Senator Hagan x 2) and ran those six on YouTube and four on Facebook about four and two Senators respectively.  The ads were seen by English and Spanish speaking audiences.  All six of our video ads were viewed a combined 40,176 times all the way through (or 100%.) They were viewed a minimum of 25% of the way (people can skip the ad after it is played 25% of the way) by 226,636 people that we targeted.  Additionally, four of our video ads reached 118,251 people through Facebook.  The viewing stats in this paragraph were compiled November 8, 2014.

These numbers are nothing to brag about.  Frankly, we and other Catholics thought more was being done in “Catholic action.”  We believe this illustrates that a more powerful “Catholic action” be undertaken permanently.

We hope you will assist us in this endeavor as it is called for by the Church (click here and scroll to POLITICAL AND SOCIETAL RESPONSIBILITIES OF LAY PERSONS.)  Keep following our progress on our social media networks and include us in your prayers from time to time.  We’ll need it.  The opponents of the Church don’t like to be admonished for their encroachments.

God bless you all,

The CFA board of directors

See the screen shots of our detailed statistics and video ads below: 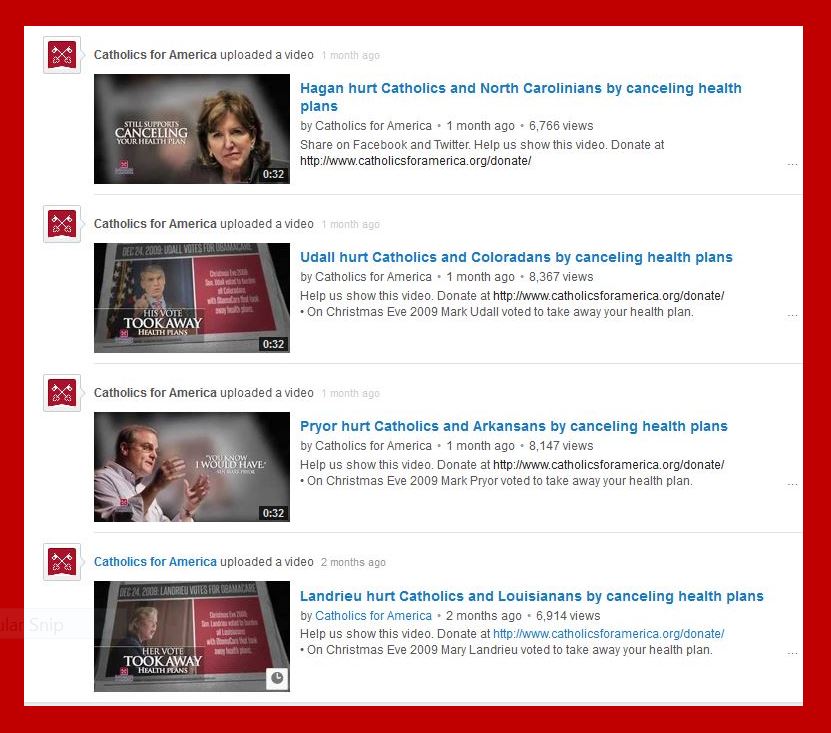