An Intellectual Challenge to the Spiritual Friends 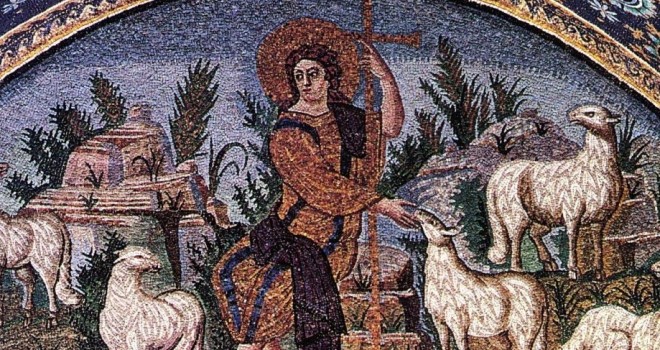 Two years ago I began to notice regular columns in First Things from those who identified as homosexual, chaste and supportive of Church teaching on marriage and human sexuality. It became immediately clear there was a movement afoot, one that I hadn’t noticed nor had anyone else outside of a small bubble, but that it was a movement that demanded attention and engagement.

I named this school the New Homophiles after a neutral to positive mid-century term that referred to the then nascent movement for gay rights. In this column and henceforth, however, I will use the term “Spiritual Friends.” I do this at the urging of my friend and co-belligerent theologian Janet Smith who was convinced—erroneously—that New Homophiles was meant pejoratively, but also as a peace offering to this important group of writers.

I have viewed my work on this topic more as a reporter than an advocate and as a reporter identified a few consistent themes in the Spiritual Friends’ writings.

First, the Spiritual Friends are out and proud; they insist upon being known by their same-sex attractions.

Second, they believe these attractions are good and have given them certain unique spiritual gifts that others do not have, chief among them the ability to be friends.

Third, they want and promote intense spiritual friendships akin to the relationship between husband and wife but without carnality.

Fourth, the Church should develop doctrine to accept each of these propositions.

Recognizing my own gifts and limitations, in one of those early columns I expressed a wish that these propositions be engaged by those better suited both academically and temperamentally than me. A new book out from Ignatius Press is an answer to that wish.

Edited by Janet Smith and Father Paul Check, head of the Courage apostolate to same-sex attracted Catholics, Living the Truth in Love: Pastoral Approaches to Same-Sex Attraction is a profound contribution to the issue that demands our attention these days.

The book is not a full-court engagement with the Spiritual Friends’ propositions and neither should it be. They are a part of a much larger conversation. Only a few of the essays engage them directly. Rather this collection of essays is a clear-headed presentation of understandings old and new about the problem of same-sex attraction and how those who minister to them may be more loving and more effective.

The book is a feast for those interested in the topic. And even those not same-sex attracted will find food for thought and prayer about our own interior brokenness and ways to restore our true identities.

For a number of reasons, Lu argues that espousing or even quietly holding a gay identity is problematic. She questions the notion that those with same-sex attraction have any special gifts that come specifically from this “disordered desire.”

She says it necessarily requires the separation of “homoerotic attraction into different components or strands, rejecting the more explicitly carnal and affirming those that are less directly related to sex.” Eve Tushnet, for instance, writes that homoerotic love can be expressed by making soup for a girlfriend.

Another of the Spiritual Friends talks about being attracted to another man, “…not only were the seeds of sexual desire present, but the seeds of desire for friendship, hospitality, emotional intimacy, sacrificial service and love….” Lu says, “There is a naïveté to these reflections that is almost touching. It is as though these bloggers are exploring only for the first time what it feels like to fall in love.”

Lu insists that these writers “are looking for a relationship that would be unique to same-sex attracted people, which has no natural counterpart among the married, or among single people who nonetheless are attracted to the opposite sex.” Lu says Eve Tushnet, for instance, is looking for a friendship that is “intense, consuming and disposed to serious commitment….” Other writers from this school say much the same thing.

One of the most appealing essays in the book is by Professor J. Budziszewski of the University of Texas who proposes ways to talk about same-sex issues in more effective ways that are grounded in the natural law but that do not mention what can be a musty and off-putting approach.

In the same way that we know not to try and convince non-believers with biblical citations, he rejects attempts at academic persuasion that use citations of the “natural law.” He says appeals to common sense even though based on the natural law can be more effective even with someone who “has common moral sense” but who “holds it in a confused and disordered state.” This person “knows many more things than he is aware of knowing.”

He asks two questions. What, deep down, does the unconvinced person know? How can we connect with that deep-down knowledge? Budziszewski calls these ways “witnesses” after “St. Paul’s remark in the city of Lystra that God has not let himself with out witnesses even among the pagan nations.”

The first witness is deep conscience, “the natural tendency of the mind to be aware of the foundational moral truths, even apart from what we’ve been taught.” Knowing the truth deep down yet living another way produces metastasizing self-deceptions that “take on a life of their own.” Those who are so deluded will object violently to someone probing the wounds of their lies but, Budziszewski says, there may be “times when they are so desperate that they may listen to gentle words.”

The second witness is the “designedness of things,” that God reveals a pattern and “inbuilt meaning” in what he creates and one of them, the interior longing all humans feel, can only be met by the thing it is ordered to, which is God. We may substitute other idols for him, sexuality chief among them, but such idolatry is tiring and “even the idolater must sometimes rest from the toil of denial. His friends must be patient. They must not badger him. They must stand ready for the moments when he relaxes his mental censors, ready to listen, perchance even to speak.”

The third witness is the details of design, that it is clear men and women are different and that the differences are complementary and that without each other we are incomplete. “Paradoxically, we are not less because of this incompleteness. We are more. There is more melody, more color, more laughter in the world because there are two kinds of us.” Besides being non-procreative and non-unitive, “two men, or two women, cannot balance each other in the utterly distinctive way that a woman and a man do.” Such a lack of balance in same-sex relationships causes an “explosive promiscuity” in men and “implosive emotional demands” in women.

The fourth witness is natural consequence, that is, the rampant diseases that haunt and stalk the active gay lifestyle. He says, “Unless one is a physician or counselor … it is not usually helpful to say too much about such dreadful things, because the shock of hearing them is so great that in order to defend themselves against it, listeners tend to ‘shoot the messenger’.”

There are so many good essays in this book including several chapters from the same-sex attracted and how they came away from that mode of living, including the amazing and deeply read Daniel Mattson, who writes for Crisis, and who eschews the gay label for his true identity as a child of God. Mattson says the Holy Spirit used his same-sex attraction to teach him total abandonment to God.

Doug Mainwaring talks about how he left his wife for the gay lifestyle and years later came back together with her and how this story is quite common. He says there are more men with same-sex attraction happily married to women than there are out gays.

Janet Smith, Father Paul Check, and Mark Brumley of Ignatius Press are to be congratulated on this important contribution to the current debate.

We are told that in conversation with those who are same-sex attracted that we must listen. Fair enough. Here’s hoping they are listening, too.

Note: The image above is “Christ the Good Shepherd” mosaic at the Mausoleum of Galla Placidia, Ravenn, c. 425.