On Sunday May 13, 1917 the Blessed Mother, Mary appeared to three children, Lucia dos Santos, Jacinta Marto and Francisco Marto.  The first of six apparitions where she asked the children to devote themselves to the Holy Trinity and to pray “the Rosary every day, to bring peace to the world and an end to the war.”  The last apparition occurred on October 13, 1917 where tens of thousands witnessed “the miracle of the sun.”

The event of the first apparition is depicted in the following scene from the movie, Miracle of Our Lady of Fatima (1952): 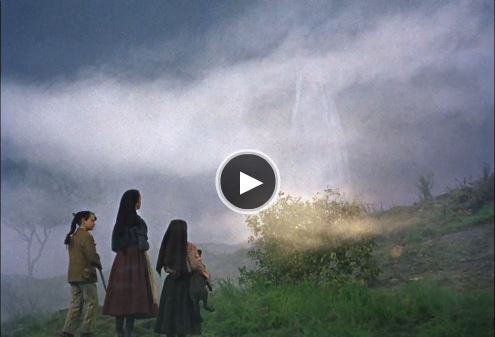 Below is a page from Ilustração Portuguesa, October 29, 1917, showing the witnesses looking at the sun during the Fátima apparitions attributed to the Virgin Mary on October 13, 1917. 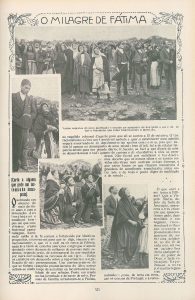