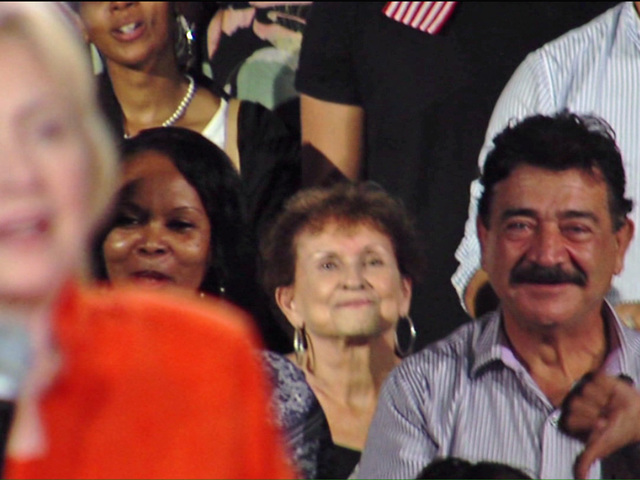 On August 8, 2016 the father (Seddique Mateen) of the ISIS terrorist who murdered 49 people at an Orlando night club showed up at a Hillary Clinton rally in Orlando and can be seen over her shoulder as she talks about the attack. A reporter with WPTV out of West Palm Beach sought him out and interviewed him twice. Watch and listen to what he does and says: He showed a sign he made for the rally defending Hillary Clinton on Benghazi and pushing gun control, says he was invited by Democratic party, says his son fought and destroyed ISIS and more. The anchors thought it was unusual that he was at the rally in such a prominent place. Seddique Mateen has also vocally supported the terrorist group known as the Taliban.