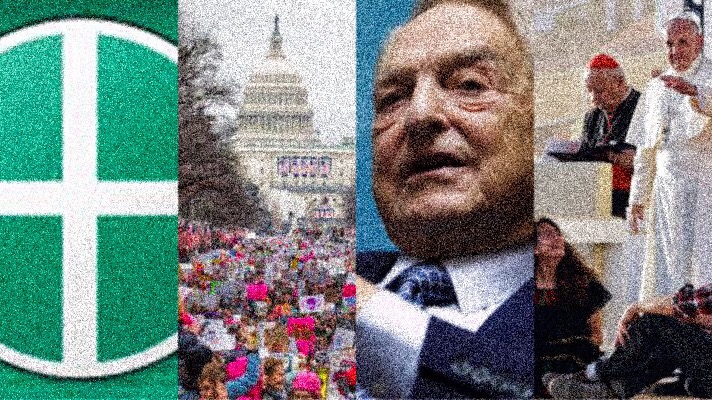 [UPDATE: THE USCCB LOGO ASSOCIATED WITH THE “POPE FOR THE PLANET” CAMPAIGN WAS REMOVED FROM THE PURPOSE CAMPAIGNS LLC. WEBSITE AFTER WE PUBLISHED THIS STORY.  WHEN YOU CLICK ON THE LINK WE PROVIDED IN END NOTE 1 AT THE BOTTOM OF THIS STORY, YOU WILL NO LONGER SEE THE PARTNERS SECTION WITH THE USCCB LOGO (AND OTHER LOGOS) SHOWN IN THE SCREEN SHOT OF THE FIRST PART OF THIS STORY BELOW.  IT IS OBVIOUS THAT A DECISION WAS MADE TO HIDE THE USCCB’S PARTNERSHIP WITH PURPOSE CAMPAIGNS LLC. BY THE LOGO REMOVAL, AS THE RELATIONSHIP IS DEMONSTRABLY INCOMPATIBLE AS WE WERE ABLE TO SHOW.  LOGO REMOVAL OR NOT, THE RELATIONSHIP DID HAPPEN.]

First, the USCCB partnered in a campaign named “Pope for the Planet” with an organization named Purpose Campaigns LLC to promote Pope Francis’s encyclical, Laudauto Sí (1). 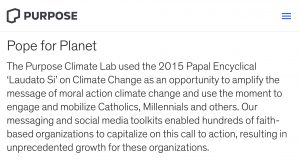 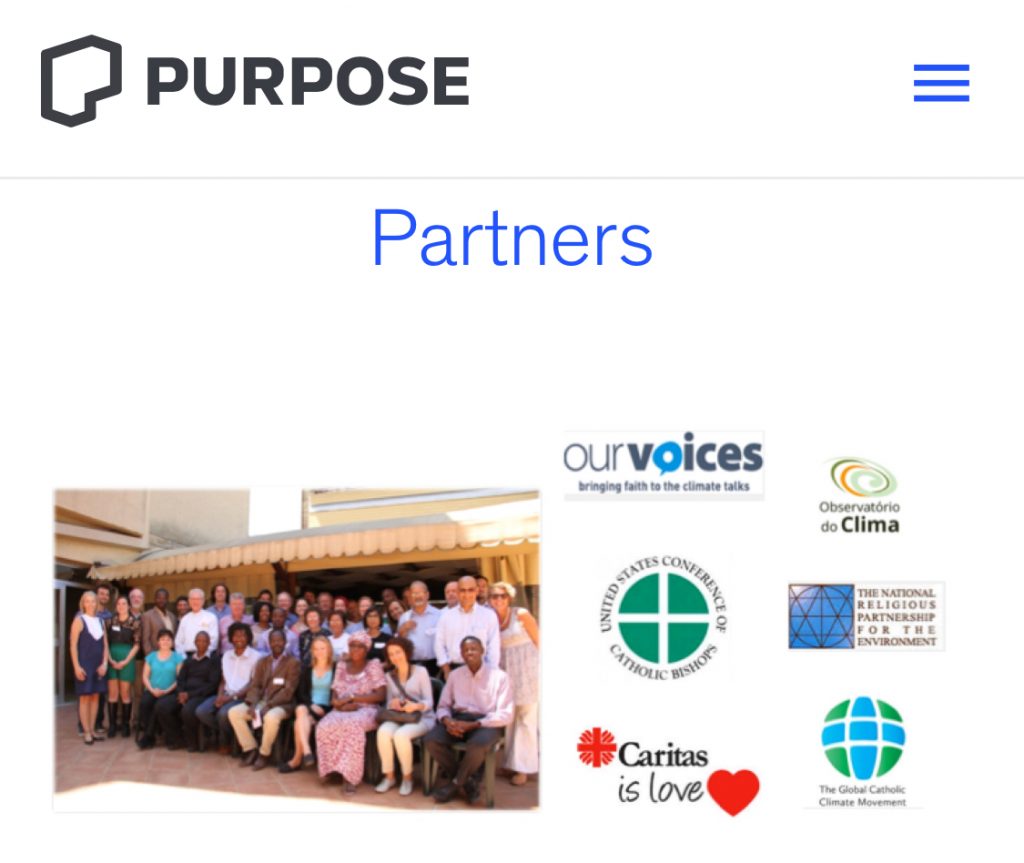 Second, it should be noted that Purpose Campaigns promotes abortion with their campaign named “All Access,” and partnership with NARAL Pro-Choice America. Purpose Campaigns promotes same-sex marriage with their campaigns named “My Big Gay Illegal Wedding,” “Athlete Ally” and their in-house incubation of the same-sex marriage group named All Out (2).

Fifth, Purpose Campaigns’ All Out is lobbying for changes at the October 2018 Youth Synod under the name Equal Future with other groups promoting same-sex marriage like, Human Rights Campaign, GLAAD, GLSEN, New Ways Ministry, Global Network of Rainbow Catholics and others (5).

Sixth, to confirm the veracity of this troubling information and to understand the direct links between groups that are intentionally seeking to subvert and change Church teaching from within Church ranks, organizations and events, one need only to look at the leadership of Purpose Campaigns. Jeremy Heimans is the CEO of Purpose Campaigns and serves on the board of its in-house incubated group, All Out. He recently authored the book, New Power where he presents Pope Francis as a shape shifter, with this definition, “The shapeshifter is a new power change agent in old power garb. A figure with unimpeachable, institutional credibility who smooths the path to change and sets an example for the timid or resistant to follow.” Heimans further writes, Pope Francis, “has used his infallible old power credibility to unleash unexpected change,” and also in the book Heimans criticizes Church teaching on homosexual acts, abortion, contraception and women clergy (while promoting these heresies). Heimans writes, “The ultimate aspiration of the octogenarian Pope Francis as we will see is to shift the norms of his Church in ways that last well beyond his tenure.” He wrote about the 2015 Synod, Amoris Laetitia, Communion for the divorced and remarried (which Heimans promotes and implies the pope is seeking to implement through individual bishops) and notably on the pope’s signaling statement, “Who am I to judge,” where Heimans writes, “It is through such statements that Francis sets direction for the Church without actually creating new doctrine. Note that this has been a criticism of him too.”
Heimans also interviewed Fr. Thomas Reece of the dissenting National Catholic Reporter for the book who told Heimans the pope is a walking parable (6).

Seventh, Jeremy Heimans has received funds from George Soros as admitted by Heimans in a speech where he stated, “You know we started by raising money from the big guys and went to George Soros and the usual suspects and they funded the start up phase.” (7). 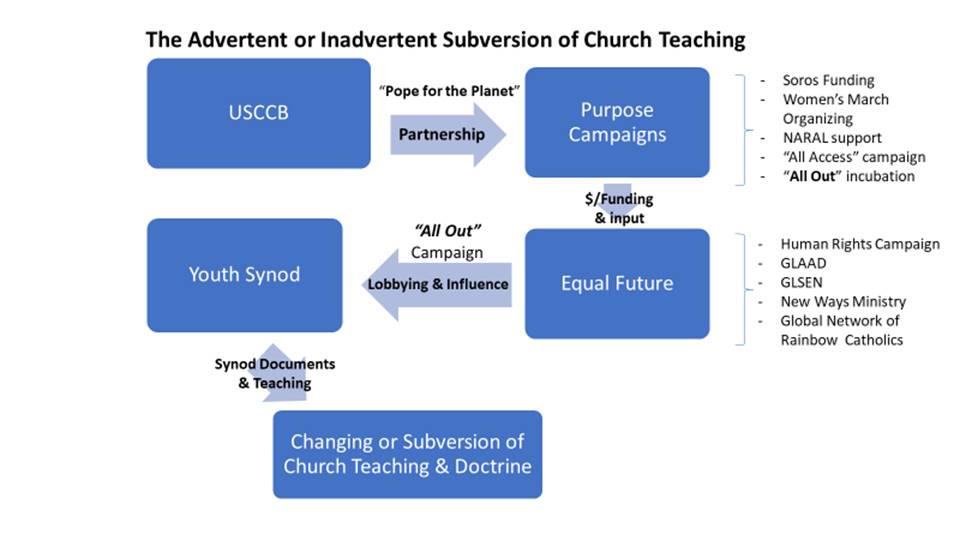