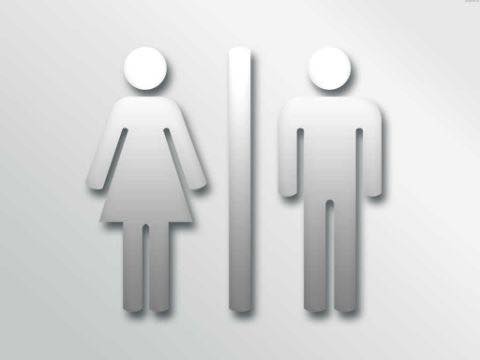 There are 183 CEOs who want women to share school and public restrooms with men in North Carolina.  These CEOs signed onto a letter protesting North Carolina’s law that defends its citizens from a City of Charlotte ordinance that allowed men to use women’s restrooms (and vice versa) in schools and public facilities.

In this letter, the CEOs along with the poorly named Human Rights Campaign (HRC) committed calumny against Governor Pat McCrory of North Carolina by stating that the law he signed is discriminatory toward LGBT people.  The HRC publicized the letter in a post.  In the post’s preface to the letter, transgendered persons are included as being under attack by the Governor as well.

(CALUMNY.  Injuring another person’s good name by lying. It is doubly sinful, in unjustly depriving another of his good name and in telling an untruth. Since calumny violates justice, it involves the duty of making reparation for the foreseen injury inflicted. Hence the calumniator must try, not only to repair the harm done to another’s good name, but also to make up for any foreseen temporal loss that resulted from the calumny, for example, loss of employment or customers.)

These CEOs on behalf of their corporations and the HRC, calumniously call this law discriminatory when it plainly protects all persons’ human dignity and the common good.  See the text of the law highlighted in green in the photos below that show these protections.

What must these CEOs and the Human Rights Campaign do?  They have the duty of making reparation for the foreseen injury inflicted on the state of North Carolina by retracting support for the letter they signed.  Then, they must try to repair the harm done to the people of North Carolina’s name, Governor Pat McCrory’s name and the names of the several legislators who supported this law.  They must make up for any foreseen temporal losses that resulted from this calumny.

What can you do? 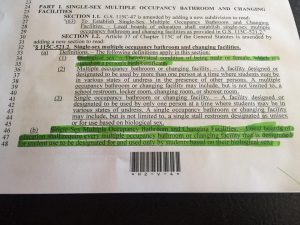 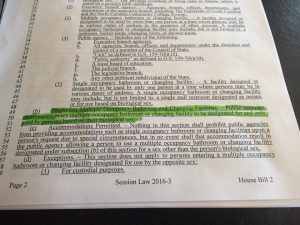